The drawing steps of the dress

It's time to show the charm of "dinner dress" The Drawing of the evening dresses 1. Draw the dynamic shape of the human body with a pencil. 2. Draw the outline of clothes according to the human body. 3. Use a black pen to outline the clothes just drawn, and erase the pencil with an eraser. 7. Following the same principle as the previous step, draw the lower part of the dress. 8. Draw the belt of the dress. 9. Draw the folds and shadows of the clothes using a marker with a darker color, which highlights the sense of volume. 10. Same as the previous step, draw the lower part of the dress. 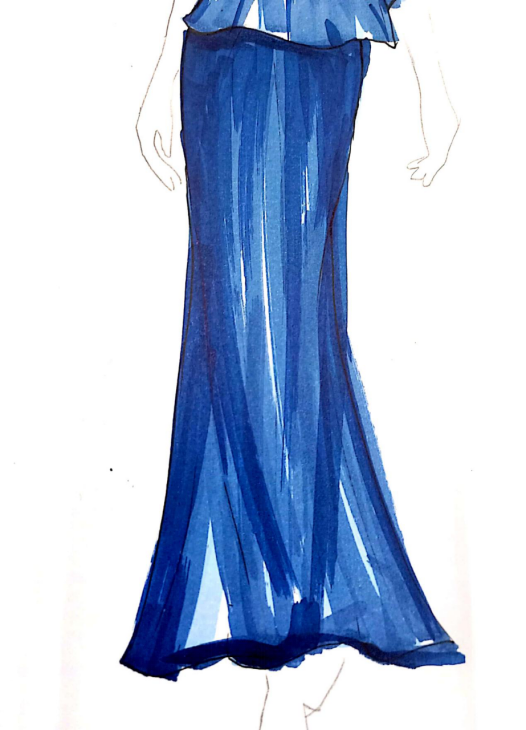 11. Use a highlighter to add highlights to the folds and turning points of the clothes to make the clothing renderings richer and more beautiful. 12. Draw highlights as in the previous step. 13. According to the finished garment, draw the pattern of the dress with a highlighter. 14. Adjust the picture. The approximate effect of this dress

What kind of formal dress does a lady participate in celebrations and ceremonies for professional occasions? (1points)
A
One-piece suit
B
Skirt
C
Casual wear
Click the button above , Choose your option ! Simple explanations and so easy to follow. Thank you. I have great ideas but never knew how to put it on paper. Thank you once again.